by
The Implicit Order suRRism-Phonoethics is proud to release 'The Implicit Order'!

Taped by
The Implicit Order

Reviewer: undRess Béton - favoritefavoritefavoritefavoritefavorite - December 26, 2010
Subject: C. Reider / Best of Netlabel Releases 2010
The Implicit Order – s/t
http://www.archive.org/details/sPE_0049
I’ve been a full-throated advocate for the music of Anthony Washburn for years. This new effort does not disappoint. His haunting blend of looping samples alternate between creepy and jarring, and is always intriguing. “Dumb Generation” = great song title!

http://www.vuzhmusic.com/blog/2010/12/19/best-of-netlabel-releases-2010/
Reviewer: The Implicit Order - favoritefavoritefavoritefavorite - October 31, 2010
Subject: Review by Grid_09
We recently mentioned the Implicit Order in our review of the Mystified remix album, where they contributed four excelent tracks. It's a tough act to follow, but I have to say that their own release is even better. The first track starts with drones before going into a landscape of nostalgic melodies and slight distortion that makes me think of the summer rain trickling along multicolored stone walls in some iteration of an urban landscape. This fragmentary melancholy persists throughout the recording, showing us bits and pieces of something very familiar that still manages to seem very displaced. Cutlery laced with analogue strings and children playing in the background. Oddments sampled from documentaries and bouts of glitch, and simplistic analogue melodies that are followed by atonal choirs and minute sounds in buckets of reverb. It's a good mix of plunderphonics, found sounds and self composed pieces, all deftly manipulated into a whole.

The album is very short, but it's a good way to land after a day full of stress. There is nothing dark here, and nothing demanding. It's as if the world around you has been reappropriated and recontextualized to form a sonic chair for your relaxation. I say, try it on. I think you'll like it. When it's over I feel calm and strangely happy – contrasting sharply with the track titles and the Columbine connotations they contain. I'm certainly not dissapointed though. I guess murdering your class in homeroom doesn't have to be all dark and negative. All in all it's nothing ground breaking or ground shaking, but it's certainly something you should give a try. It's worth it.

The recording is available for free download here, and readily available. I just wish it was longer, as the entire thing ticks in at just around 17 minutes.
Download suRRism Phonoethics 2010
Reviewed by Grid_09 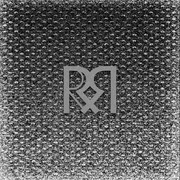 Uploaded by Unknown on September 4, 2010